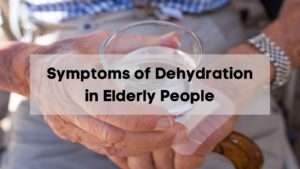 Dehydration in seniors is a common and dangerous problem. It’s estimated that 40% of older adults are chronically under-hydrated which increases the risk of falls, UTIs, and more severe consequences like organ damage. Seniors in nursing homes are at an even higher risk of moderate to severe dehydration.

Symptoms of Dehydration in Elderly People

The symptoms of dehydration in seniors can be difficult to recognize, especially in early stages. Dehydration in elderly people may cause:

Does dehydration cause confusion?

The brain is especially susceptible to the effects of dehydration and confusion is one of the most common symptoms in older adults. It may be mistaken for the effects of dementia, even in seniors who do not have cognitive impairment. 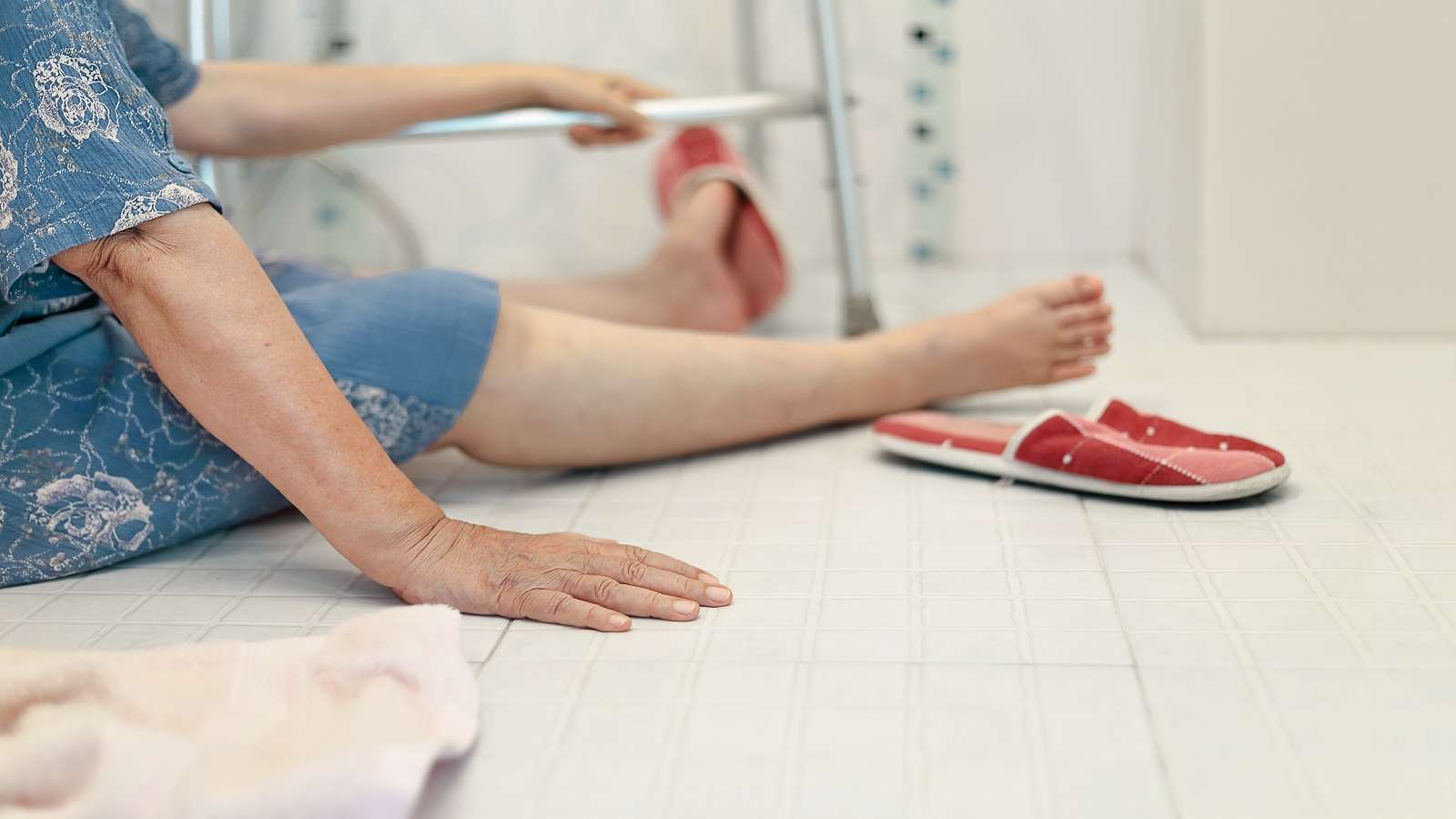 Dangers of Dehydration in the Elderly

The most serious dangers of dehydration in elderly people can include:

Recovery from Dehydration in Elderly People

If dehydration is moderate, it may require medical attention such as IV fluids or subcutaneous infusions. Severe dehydration in seniors is a medical emergency that usually requires hospitalization and interventions like short-term dialysis. 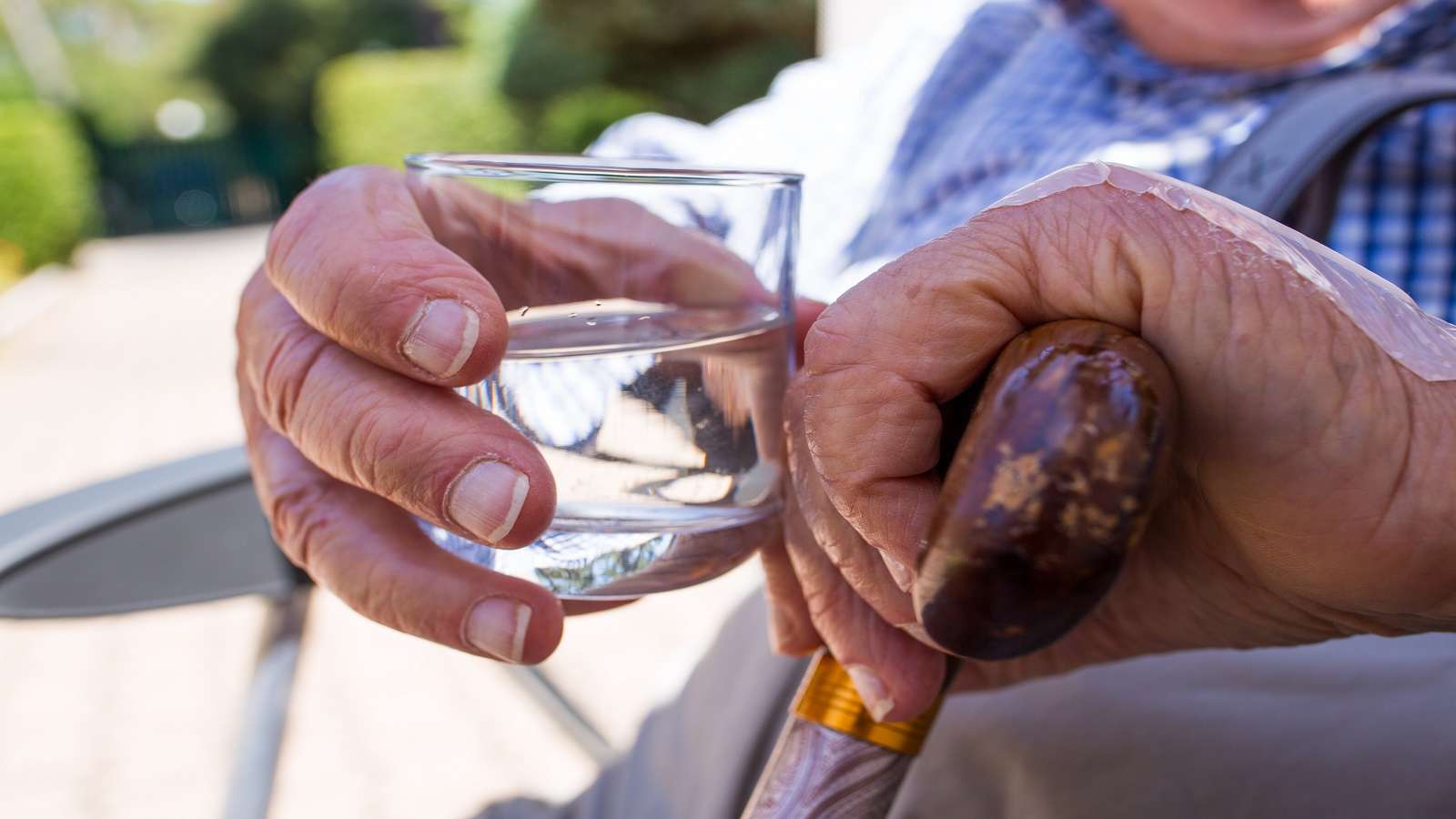 The average hospital stay for dehydration for adults is 4-5 days, but seniors with severe dehydration and complications may be hospitalized for even longer. Many older adults require almost a week in the hospital to stabilize their hydration and improve kidney function enough for release. They may also require short-term dialysis for several weeks afterward.

Causes of Dehydration in Elderly Adults

Anyone can develop dehydration, but it’s most common in very young children and older people. There are many factors that increase the risk of developing moderate to severe dehydration in seniors.

Why are older adults prone to dehydration? Risk factors for dehydration in elderly people include:

In a nursing home or long-term care facility, there may be additional risk factors and causes of elderly dehydration:

There are many ways caregivers and nursing home staff can ensure older adults receive adequate hydration:

How Much Water Should Seniors Drink?

It’s a myth that people should drink 8 glasses of water per day. According to the National Council on Aging, optimal water intake depends on age, body weight, climate, activity, diet, medications, and more. There is no one-size-fits-all rule, and that is why you should not rely on using a water intake chart by age.
Here is what you should keep in mind to ensure adequate hydration for elderly loved ones.

Nursing Home Dehydration – A Common Issue that May Indicate Neglect

Dehydration in the elderly is already a common problem, but nursing home residents are at an even higher risk. Seniors living in nursing homes may not be able to drink enough fluid on their own, especially if they require assistance with daily activities, and they are more likely to suffer from multiple chronic health conditions that increase the risk of dehydration.

A 2014 study involving UK patients admitted to hospitals found that nursing home residents were more likely to be admitted to the hospital for dehydration than older adults living in the community.

An older study in 1999 was conducted to specifically investigate factors contributing to elderly dehydration in nursing homes. This study found a lack of professional supervision and inadequate staffing were major factors.

Nursing homes have an obligation to provide proper medical care and supervision to residents. This includes recognizing risk factors for dehydration, providing enough supervision and support, and promptly treating dehydration in seniors in their care.

No one should experience serious dehydration while living in a nursing home. If your loved one has suffered severe dehydration and you suspect neglect, an experienced nursing home neglect attorney in California can help.