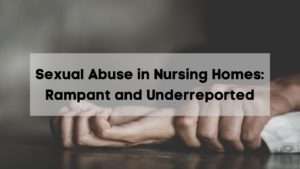 The elderly living in nursing homes are among California’s most vulnerable residents. Aging residents may suffer from cognitive decline and/or physical frailty that makes them at risk of many forms of elder abuse. Sexual abuse is the most heinous form of abuse, yet it is one of the least observed and reported.

Myths regarding sexuality in the elderly, the complexity of consent among seniors with dementia, poorly trained staff, understaffed nursing homes, and other forms of negligence all contribute to a hidden but rampant problem.

Nursing home sexual abuse is a broad term that can cover many types of behavior. Sexual abuse is considered any non-consensual contact of a sexual nature. This may include:

Sadly, sexual assaults in nursing homes are far more common than many would believe. Because elder sexual abuse is hard to recognize and rarely reported, the true extent is difficult to pinpoint. However, an increasing number of reports are shedding light on just how widespread the problem is.

A recent CNN investigation into nursing home sex abuse examined federal and state data and interviewed regulators, experts, and victims’ families. It uncovered shocking cases in which nursing homes and government agencies failed to do anything to help victims. The investigation found many cases in which nursing homes were slow to investigate or allegations, police dismissed victims and considered the crime itself unlikely, and repeated allegations against perpetrators were never flagged by regulators.

In one case, a physically frail, 83-year-old woman who was unable to speak was raped by a male caregiver who was caught during the assault by another caregiver. The perpetrator was sentenced to prison, but prosecutors the man had been investigated multiple times for allegations of sexual assault. He had been suspended three separate times while facility officials investigated sexual abuse allegations, usually in which he was the primary suspect. The state and the facility continually found the allegations were unsubstantiated and he was allowed to continue working the overnight shift until he was caught, six years after the first allegation.

The CNN investigation revealed the following:

According to a federal watchdog report released in 2020, California nursing home abuse allegations are not adequately reported. The U.S. Department of Health and Human Services found that among examined incidents of suspected abuse or neglect, 20% of facilities were late in reporting the allegations to the California Department of Public Health or never reported them.

In one case, a woman accused her former caregiver or sexually assaulting her in 2019 at an El Cajon nursing home. She reported the attack immediately to staff and the facility management, but the facility failed to immediately report the incident to the CDPH. When it did report it, the allegation was categorized as “rough handling” instead of sexual assault.

The caregiver, Matthew Fluckiger, left the facility and worked at two other nursing homes in the area and was again accused of sexual assault. He was accused of sexual assault by four victims between March 2017 and January 2020. Yet, after the first allegation in 2017, the CDPH allowed him to continue working in nursing homes and never suspended his CNA certificate while it investigated multiple allegations.

Who Is Most at Risk of Suffering Sexual Abuse in a Nursing Home?

All nursing home residents are vulnerable to abuse of any kind. However, certain residents are at the most risk of being victimized.

A published review of fifteen studies found that victims of sexual assault in nursing homes are most likely to be women with physical or cognitive impairments.

Who Is Most Likely to Abuse the Elderly? | Potential Perpetrators of Sexual Abuse of Nursing Home Residents

Anyone your loved one comes into contact with has the potential to commit abuse. While third parties like vendors and physicians as well as family members may commit abuse, most nursing home sexual abuse is committed by male residents or staff members.

The major CNN investigation found that in examined instances, about 25% were allegedly perpetrated by nurses, certified nursing assistants, and other staff members.

The same investigation found most citations against nursing homes involve cases of resident-on-resident abuse. While it’s believed that most sexual assault in nursing homes is perpetrated by other residents, that investigation found that accusations made against caregivers and facility staff are usually much more serious and involve oral sex, digital penetration, and rape. Accusations against other residents were more likely to involve groping, molestation, and indecent exposure.

There are many reasons that sexual assault in nursing homes occurs – and why it is so infrequently recognized, reported, or addressed. The following are some of the many factors that make nursing home residents so vulnerable to sexual abuse. 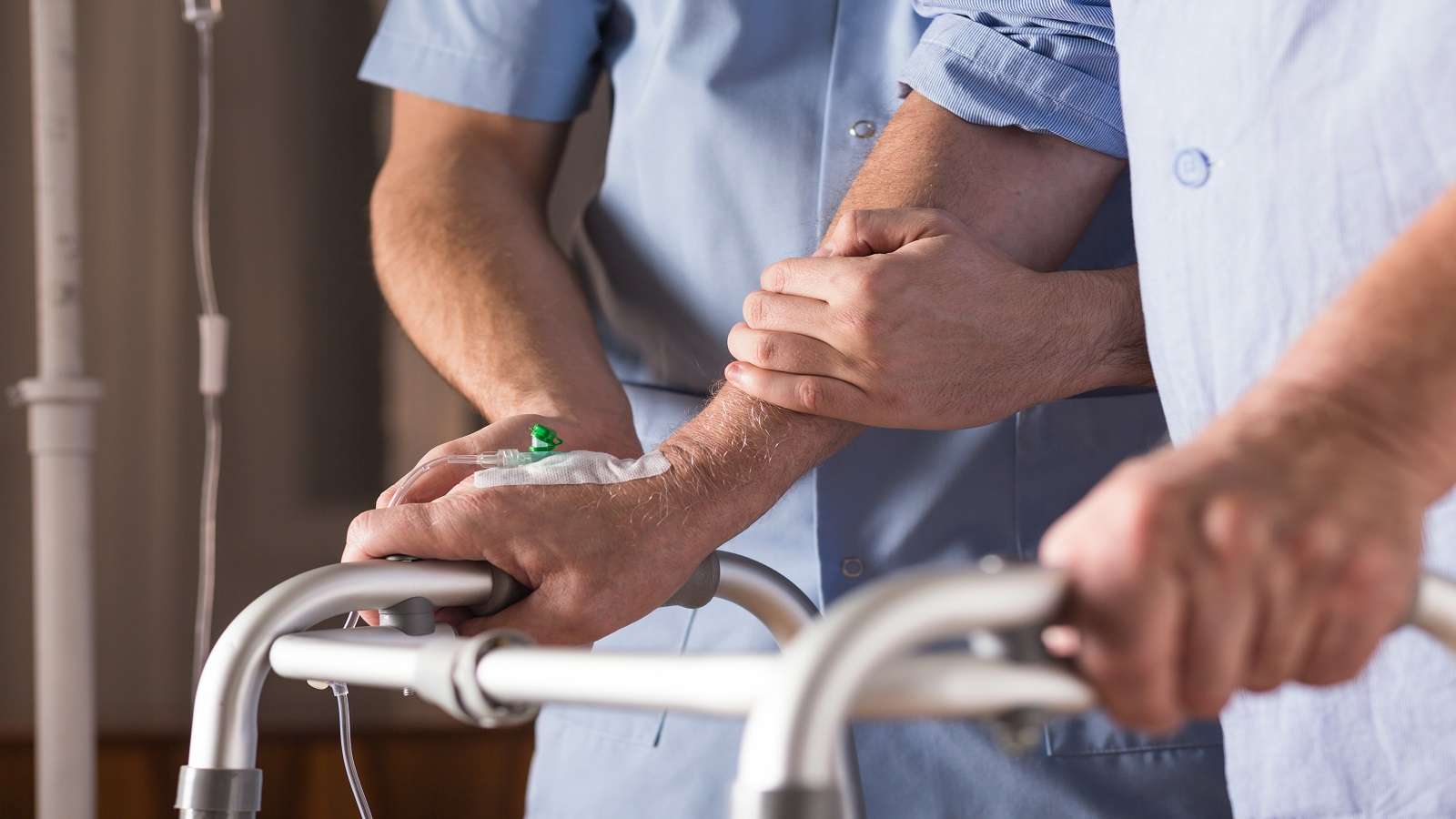 Nursing homes have a duty to protect residents from abuse and should be aware of the risks each of the above can pose. This is why the facility has a duty to give staff members sufficient training and supervise both residents and staff.

There are many ways in which a nursing home’s negligence can allow sexual abuse to happen, whether it is committed by staff, other residents, or even visitors.

Nursing home sexual abuse can be difficult to recognize. Victims of nursing home rape or molestation may be unable to communicate. The signs can also be mistaken for dementia in some residents.

The best way to recognize signs of sexual abuse in an elderly resident is to visit often and be vigilant for changes in your loved one. The signs of sexual elder abuse may or may not be obvious and may include:

How to Report Elder Sexual Abuse & Protect a Vulnerable Loved One

If you suspect your loved one has been sexually assaulted, it’s important to take action quickly to not only stop the abuse but ensure your loved one receives the care they need.

The first steps to take are getting your loved one medical care, if needed, and gathering evidence to confirm suspicions if you only have vague concerns.

Make sure your loved one receives medical treatment

Make sure your loved one is examined by their primary care physician unless their doctor is associated with the facility. In this case, make sure you get independent medical treatment.

Talk to staff and the administrator about your concerns

This may be a good place to start if you have vague concerns or suspicions to see what staff say and if their explanation matches your loved one’s behavior or symptoms. Make sure you keep notes of what staff tell you as it may be important evidence.

You absolutely do not want to leave a loved one in a situation in which they are being abused, but sometimes a hidden camera is the only way to confirm your suspicions and make sure your loved one is protected. California law allows the use of hidden security cameras in assisted living and nursing homes in residents’ rooms. The California Department of Social Services has approved this measure as long as the resident and family involved in their care agree.

How to Report Sexual Abuse in a Nursing Home

If you have a good idea that your loved one is being abused, take the following steps to report the abuse and have it investigated.

All three agencies are required to cross-report abuse allegations with the appropriate public agencies, law enforcement, and licensing entities. The ombudsman can also help you with the steps that must be taken to ensure your loved one is safe, even if this involves moving them to a new facility.

The next step is contacting a San Diego nursing home abuse lawyer to help you protect your loved one’s rights.