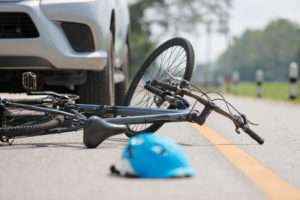 A motorcyclist crashed into a bicyclist early Sunday morning, January 10th, leaving both men with fatal injuries. The accident occurred in Jamul, where motorcyclist Jonathan Charbonnet (43) crashed into the back of Julius Cunanan’s (40) bicycle, as reported by the San Diego County Medical Examiner’s Office.

Cunanan was cycling Sunday morning in a large group of cyclists riding east on Otay Lakes Road when he was fatally struck by Charbonnet, leaving both men pronounced deceased at the scene. The cause of the accident is still under investigation by the California Highway Patrol.

Julius Cunanan was a founder of the Padyak Racing Team, a non-profit organization dedicated to the sport of bicycle racing, where he served as both Vice President and President. Cunanan was described by friends as being enthusiastic and approachable, making all riders of the team feel welcomed and included. He also leaves behind his wife and two sons, his youngest being born just a little over a month ago. As a beloved family man and cherished member of the cycling community, Cunanan’s loss is devastating to the San Diego community.

In an interview with NBC 7 San Diego, colleague Freddy Lindo recalled the accident saying, “At that very moment, it was a complete shock. The accident, the way it happened — it shouldn’t have happened. It could have been avoided.” Lindo was riding ahead of Cunanan when he heard about the accident.

Bicycle accidents are unique events that result in different injuries than sustained in vehicular accidents. Bicyclists face multiple dangers that other drivers do not, including open exposure to the road and a lack of protection. Being struck by a vehicle while on a bike can lead to head trauma, facial injuries, spinal injuries, broken bones, neurological impairment, and death. In addition to the physical consequences of a bicycle accident, the emotional trauma that follows is also pervasive.

Recovering after a bicycle accident, no matter the severity puts victims through considerable pain and suffering. After any type of bicycle accident, it is important to confer with a personal injury attorney. You may be entitled to compensation for physical injuries, emotional suffering, and financial losses. If you or a loved one has been injured as a result of a bicycle accident, please do not hesitate to contact our attorneys at Berman & Riedel, LLP at 858-350-8855. Our attorneys have years of experience when it comes to handling bicycle cases in San Diego and can help assist you with this type of issue.