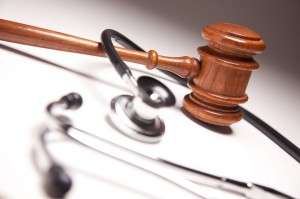 New legislation is being proposed in California for a higher cap on medical damages. The Troy and Alana Pack Patient Safety Act is expected to appear on the ballot in November. The act also requires physicians to check a statewide prescription-drug database before giving patients medication. In addition, physicians will be expected to report colleagues suspected of medical negligence or impairment by drugs or alcohol.

The current cap number is based on the Medical Injury Compensation and Reform Act (MICRA) of 1975. This act was signed into law by Governor Jerry Brown during his first term in office. In the 38 years since, it has never been readjusted for inflation, and has no provision to do so. Although juries are still able to award damages in excess of the $250,000, the amount is capped in the final settlement and the injured parties will only receive compensation up to, and not beyond, the capped number.

If the act passes in November, it will go into effect beginning January 1, 2015. The new cap will be calculated based on inflation of the original cap, and is expected to equal approximately 1.1 million. The new cap would then continue to increase yearly, based on inflation reported by the United States Bureau of Labor Statistics’ Consumer Price Index.