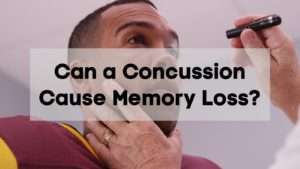 Have you suffered a blow to the head in an accident? One of the most common symptoms of a head injury is memory loss. You may not remember the accident itself or you may be struggling with short-term memory loss days, weeks, or even months after your accident.

If you are experiencing memory problems, you may have suffered a concussion, a type of mild traumatic brain injury or TBI. Memory loss is one of several common concussion symptoms and may go away on its own – or it may be a long-term side effect of your accident.

Concussion memory loss is serious, even if it turns out to be a temporary loss of memory. Here is what you need to know about memory loss due to trauma and how a brain injury lawyer at Berman & Riedel can help you.

Can a Concussion Cause Memory Loss?

It’s estimated that there are up to 3.8 million concussions every year due to sports and recreation alone. Every year, there are more than 60,000 TBI-related deaths in the U.S. Most brain injuries and concussions occur due to falls, assaults, and car accidents.

Any type of trauma or mild head injury can cause amnesia, or loss of memory. In fact, a study published in the Journal of Neurosurgery found that even a mild concussion in high school athletes can cause “pronounced memory decline” lasting for at least a week after a blow to the head.

It’s a common misconception that concussions without loss of consciousness are less serious, but this study showed significant memory problems in young athletes who were diagnosed with a “less severe” brain injury based on their mental state within five minutes of their injury.

Why do concussions cause memory loss?

Memory requires healthy functioning of several areas of the brain. Trauma causes memory loss by damaging structures that play an important role in memory and emotion. Together, these structures are called the limbic system which is in the cerebrum. The limbic system includes the:

Memory loss after head injury happens when these structures or nerve cells are damaged. This can result in not only physical but chemical changes that affect how your brain functions.

Each type of memory uses a different network of the brain. A concussion can cause memory loss of one form while leaving other forms of memory intact.

Damage to the parietal lobe and frontal cortex can impair working memory, a type of short-term memory. The memory consolidation process, however, uses the pathways between the hippocampus and cortex to store long-term memories. The amygdala is responsible for emotional responses but it plays a key role in forming new memories by working with the hippocampus to attach emotion to memories. This can make memories stronger and more likely to be encoded and stored. 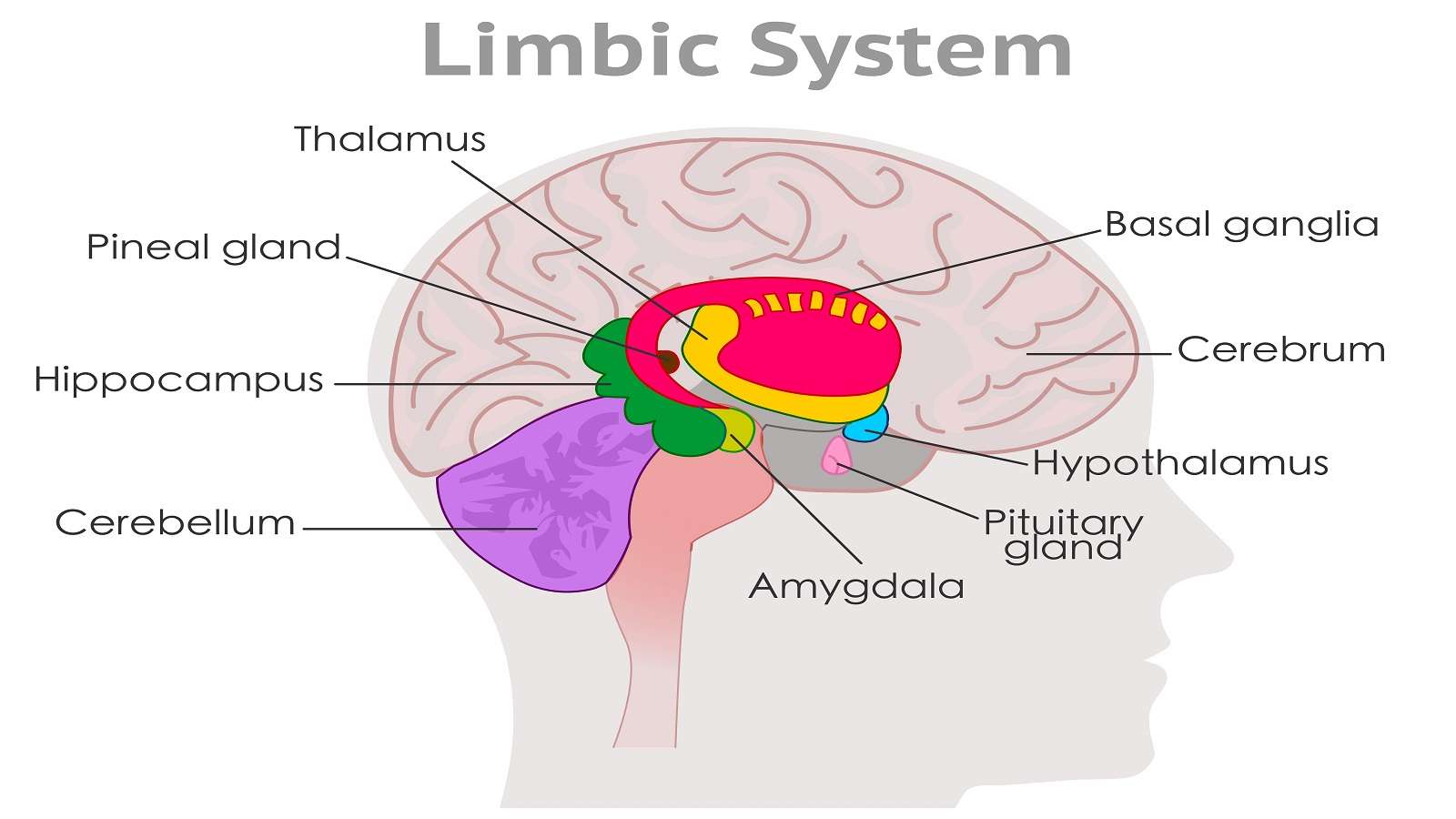 Head injury memory loss can result from a fall-related injury, a car accident, being struck in the head by a falling object, assault, sports, or any type of blow to the head or incident that causes the brain to strike the inside of the skull.

Concussion memory loss after an accident is usually classified in one of two ways:

Concussion and memory loss is more complicated than just short-term and long-term amnesia. There are other types of memory that may be affected:

Forgetfulness after a car accident, confusion, and an inability to store new memories is known as post-traumatic amnesia. Some people refer to this as concussion “brain fog.”

Long-term memory loss after a head injury is less common, but it makes it hard to remember past events and information that was once familiar to you. This is known as retrograde amnesia.

How Long After Hitting Head Can Concussion Symptoms Start?

Concussion symptoms are not always immediately obvious. Sometimes mild brain injury or concussion symptoms are apparent right away. An accident victim may have no recollection of what happened and may be confused and unable to follow along with what’s happening around them. Symptoms can also be delayed.

Sometimes people experience head injury symptoms days later. Anywhere from a few hours to two or three days after the accident, you may develop a headache, irritability, or trouble remembering past events or what you were doing.

How Long Does Memory Loss Last After a Concussion?

Memory loss after concussion can last far longer than previously thought, according to a growing body of research. One study found that people who had a concussion had memory and thinking test scores about 25% lower than healthy people. One year post injury, their test scores were similar to healthy people, but brain damage was still visible on imaging tests that showed disruption to crucial brain cells.

It’s impossible to say how long concussion memory loss will last as every person is different. MRI and CT scans may show brain damage in a particular region, but imaging tests may not show diffuse brain damage. The severity of symptoms does not always correlate to the amount of brain damage, either.

Temporary memory loss after a concussion is common but, fortunately, permanent amnesia is far less frequent. As a general rule, most people have noticeable symptoms of concussion and memory loss within minutes to days of their accident that last up to 7 to 10 days before improving. 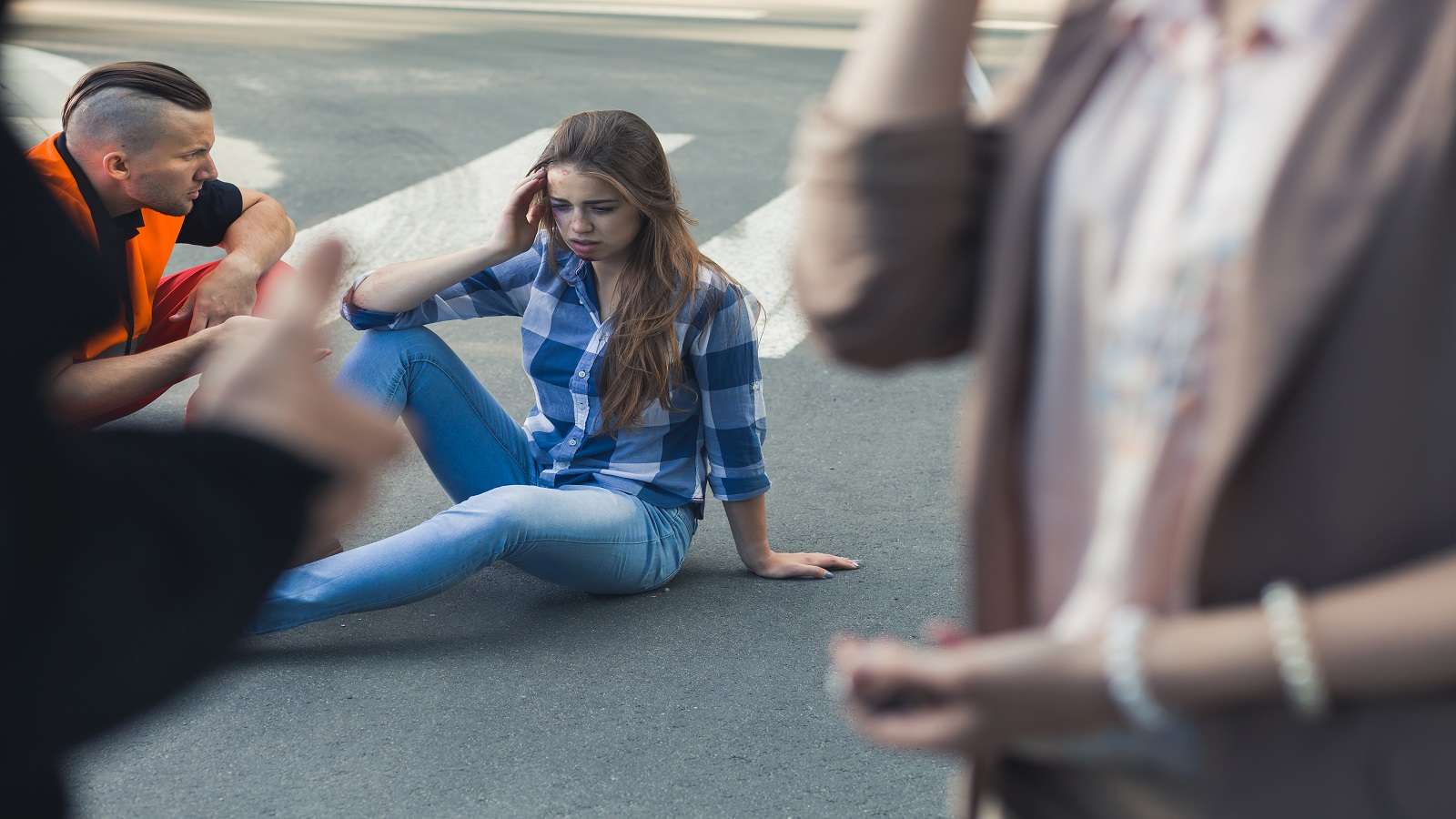 How long does amnesia last?

Many concussion victims experience brief post-traumatic amnesia that includes an inability to remember the traumatic event, short-term memory impairment, and impaired long-term memory. Concussion short-term memory loss and retrograde amnesia usually improve over time, especially during the first few days in the case of a mild head injury. For some people, amnesia and impaired memory are long-term, lasting weeks or months, or even permanent.

How long does brain fog last after concussion?

Brain fog or post-traumatic amnesia after a concussion may last for minutes, days, or weeks. It depends on the severity of the head injury. Most people find their short-term memory improving within 24 hours of a mild TBI, but there can be residual memory impairment that goes unnoticed for much longer.

Can concussions cause long-term problems?

Can a concussion cause permanent memory loss?

Memory loss caused by brain damage can be permanent. Moderate to severe head injuries are more likely to cause permanent amnesia than mild head injuries. If the brain is able to heal, normal or improved memory function may be possible.

How the California Brain Injury Attorneys at Berman & Riedel Can Help

In the immediate aftermath of a concussion and traumatic accident, contacting a TBI lawyer and pursuing compensation may be the last thing on your mind. You may believe that you were not seriously injured because you do not notice concerning side effects, or you may be more concerned with getting treatment and recovering.

After seeking medical treatment, the next step you should take is contacting a California brain injury lawyer to protect your potential case. Concussions are often missed by doctors, especially in emergency rooms and soon after an accident when you may not have developed symptoms yet. The full impact of your accident may not be apparent for weeks or months. Meanwhile, the insurance company will be eager to settle quickly for a fraction of the value of your damages.

This is why it’s vital to have a legal representative ready to gather and preserve evidence and protect your best interests. A San Diego brain injury attorney at Berman & Riedel, LLP will fight for the full value of your case to ensure you are fully compensated for your pain, suffering, lost earnings, and future medical expenses. We will also work with brain injury experts to make sure you receive a correct diagnosis and proper treatment to improve your prognosis.
Contact our law office today to schedule a free initial consultation to discuss your accident and legal options.