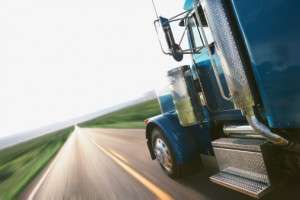 California motorists are keenly aware of the dangers that go into driving on the freeways in the Golden State. It is not uncommon for California drivers to see more big rigs on the road than other cars. Usually, motorists and truck drivers are able to both utilize our highways and freeways without incident, but when an accident occurs involving a heavy truck, the results can be catastrophic. To help avoid accidents involving large trucks, the California and federal governments have promulgated various laws to help keep motorists safe, and a sampling of such laws are detailed below.

Limitation on Hours of Service

As motorists, we know that one of the worst feelings while behind the wheel is that of sleepiness. This generally occurs when we have had a long day or not nearly enough sleep before driving. Although motorists are generally capable of determining whether they are too tired to drive, the law does not leave the decision up a truck driver. Under federal law, a truck driver is extremely limited as to the amount of hours that he or she is allowed to drive in any given day or span of days. For example, a truck driver may only work for 14 hours per day. Of those 14 hours, the truck driver is only permitted to drive 11 without a break. Furthermore, over a seven-day period, a semi-truck driver can only be on the road for up to 77 hours and over an eight-day period, the trucker can drive for up to 88 hours. According to the same regulations, the driver must take two and a half days off in order for the clock to reset, which helps to place limits on the amount of time driven over consecutive days.

Although one would think that semi-truck drivers would pull to the side of the road or into a rest stop if they became too tired to drive, there has been a plethora of accidents in California that are caused by drowsy truck drivers. Last year, a bus carrying 44 students was struck by a FedEx semi-truck that resulted in the deaths of nine that were aboard the bus and the driver of the big rig. The NTSB is set to release the findings of their investigation, as the cause of the crash is still not known. The FedEx truck veered into the oncoming traffic before colliding with the bus, leading some to believe that the driver may have fallen asleep at the wheel.

While driving on California highways and freeways, truck drivers are required to follow signage that is posted by the California Department of Transportation. Many trucking accidents occur when big rig drivers fail to abide by posted signs that direct trucks away from construction areas or zones of the highway or freeway that may be unsafe for large trucks to use. Drivers that neglect to follow the directions of the signage put not only themselves in danger, but also put the motorists that they share the road with at risk.

Truck and Load Weight and Length

According to federal and California law, trucks that haul trailers must ensure that their trailer does not exceed the maximum length. Trailers that are too long often result in accidents when the driver causes his or her trailer to collide with pedestrians or other vehicles due to the lack of turning clearance. In California, a big rig’s trailer cannot exceed 53 feet. Whether the large truck is towing a trailer or not, there are weight requirements that also must be followed. According to California law, the load of a big rig cannot exceed 80,000 pounds. Furthermore, load weight must be regulated to ensure that each axle is not responsible for holding more than 20,000 pounds. Trucks that exceed the weight regulations are sometimes unable to stop when traveling down a decline due to weight restraints on the truck’s brakes. Furthermore, in the event of an accident, a truck’s load that weighs too much could easily crush a motorist or pedestrian involved in the crash.

Many truck drivers take extreme care to ensure that their actions conform to federal and state laws, but unfortunately, there are some drivers of large trucks that fail to do so. Some truckers are under pressure to quickly deliver shipments and get back on the road and try to bend the rules to achieve higher efficiency; others may have innocently lost track of the requirements. In either case, when safety is at issue, there is no room for error.  The attorneys at Berman & Riedel, LLP have significant experience handling truck accident injury cases and trucking related wrongful death litigation.  If you or a loved one have suffered a serious injury in a trucking accident, the attorneys at Berman & Riedel, LLP will be more than happy to speak with you or answer any questions you may have.