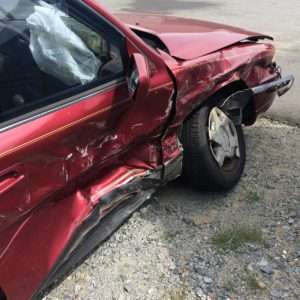 The San Diego community is mourning the loss of a father and son after they were killed in a car crash the night of Friday, February 12. The accident happened early Friday night when Steve Pirolli, 54, and his son, Stephen Pirolli Jr., 13, were leaving the younger Pirolli’s baseball practice. When turning left out of the parking lot of Poway High School, a driver hit the vehicle in what was described by authorities as a broadside collision. Steve died at the scene of the accident, and Stephen was later pronounced dead after being taken to Rady Children’s Hospital.

Steve and Stephen were both prominent members of the baseball community and are remembered for the bond they shared through their love for the sport. Steve played baseball collegiately and passed his love for the game onto his son, who had dreams of going on to play the sport in high school, college, and even professionally.

Efforts to fundraise for the grieving wife and mother, Lorie, have far surpassed the initial goal and is over $106,000 only five days after the incident. The GoFundMe remembered the father and son, saying: “Stephen Jr. was a bright boy and an amazing baseball player. Steve was an amazing dad, a devoted father and loving husband. His passion was watching his son play baseball.”

The other driver involved in the incident has only been identified by authorities as being 19 years old. Deputies released the following day that alcohol or drugs were not believed to have been a factor in the crash. Investigators are still determining who is at fault for the accident and whether speed or intoxication contributed to the event. The driver was taken to the hospital with non-life-threatening injuries.

Fatal car accidents are one of the leading causes of accidental death in the United States, having killed over 36,000 people in 2018 (National Highway Traffic Safety Administration). Reckless driving accounts for one-third of all fatal car accidents nationwide, followed closely by driving under the influence which accounts for 29% of fatalities. In California alone, 42% of all drivers killed in motor vehicle crashes tested positive for legal and/or illegal drugs (California Office of Traffic Safety).

The degree of injuries from car accidents can range across levels of severity, often resulting in long-term consequences such as head and neck injuries, traumatic brain injuries, back injuries, fractures, and internal organ damage. Many accident victims are left with permanent disabilities and psychological harm after being involved in an accident.

At Berman & Riedel, LLP, we are here to help. Our firm is made up of attorneys with extensive experience in receiving compensation for victims involved in all types of serious vehicular accidents. If you or a loved one was injured in a serious vehicular accident cased by the negligence or recklessness of another party, our lawyers can offer their experience and skill to provide you with the best representation in protecting your legal rights. Contact our firm today to discuss your legal options with one of our auto accident attorneys.