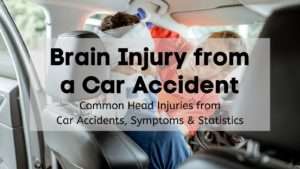 Car accidents are one of the leading causes of traumatic brain injury (TBI). While concussions after car accidents may be mild with minor symptoms that dissipate, brain injuries can also lead to severe, life-changing consequences and even death.

A motor vehicle accident can cause a brain injury in many ways. Here is what you should know about the types of brain injuries from car accidents, how they happen, and symptoms to watch for.

Motor vehicle accidents are one of the leading causes of traumatic brain injury (TBI). In a car crash, a brain injury usually results in one of two ways:

This causes the brain to strike against the inside of the skull. This can cause bleeding, bruising, swelling, and shearing or tearing of the nerve cells and blood vessels in the brain.

A brain injury from a car accident can also happen when glass, bone fragments, or objects penetrate the skull.

According to the CDC, there were 61,000 traumatic brain injury-related deaths in 2019 in the United States. Every year, about 1.5 million people sustain a TBI with 224,000 requiring hospitalization.

A post shared by Hope After Head Injury (@hopeafterheadinjury)

Most people suffer a TBI from a motor vehicle crash, a fall, firearms, assault, or sports. The following statistics show the extent of the traumatic brain injury car accident risk.

Types of Brain Injuries – Overview of the Types of TBI

A traumatic brain injury or TBI refers to a brain injury due to external trauma. This is different from an acquired brain injury (ABI) which is the result of internal factors like stroke, disease, or near drowning.

There are many types of brain damage which are classified in several ways.

A traumatic brain injury can be categorized as open or closed. Open brain injuries refer to injuries that penetrate the skull. Closed TBI refers to a head injury that does not go through the skull. Both types of head injuries can be life-threatening and severe.

Brain injuries can also be primary or secondary. A primary injury happens due to the initial trauma while a secondary brain injury happens due to the physiologic response to the first injury. There are many changes that may happen in the hours or even days after an initial brain injury that can cause even more severe brain damage. After the primary injury, such as a car accident, a cascade of chemical, tissue, cellular, and blood vessel changes can be triggered that further damage or destroy tissue.

Brain injuries can be categorized by the types of brain damage they cause as well. The damage may be considered diffuse if it affects more than one area of the brain or focal if it’s confined to a single area of the brain.

The brain is one of the body’s softest organs and acts similar to gelatin rather than a more rigid solid. The extreme force in a car accident, even at relatively low speeds, can cause many types of brain injury. The following are the most common types of head injuries from a car accident.

A concussion is a mild traumatic brain injury that happens from a blow to the head or sudden acceleration/deceleration that causes the brain to twist, shake, or strike the inside of the skull. A car accident that involves striking your head isn’t necessary to suffer a concussion; any crash that causes a sudden jerking of the head or neck can cause a concussion.

A concussion is a common “invisible injury” from a crash. Concussions can easily go undiagnosed after a car accident. Symptoms of a concussion may not appear for up to 48 to 72 hours after a crash. The injury may also seem minor at first but worsen over time due to secondary brain damage. This is why it’s still important to seek medical attention after an accident, even if you feel fine.

Even though concussions are a mild TBI, this can be misleading. Most people only suffer minor side effects that resolve within a few weeks. However, the effects of a concussion can be long-lasting. Post-concussion syndrome (PCS) is a common complication of a concussion and it leads to persistent symptoms and even disability.

A diffuse axonal injury happens when the long connecting nerve fibers or axons of the brain shear or tear. This happens when white matter and the connections are disrupted when the brain rotates and shifts inside the skull. This shearing damage can be imagined by tearing a piece of paper between your hands: forces in opposite directions damage these delicate connections. DAI can cause microscopic damage that isn’t even visible on MRI and CT scans. 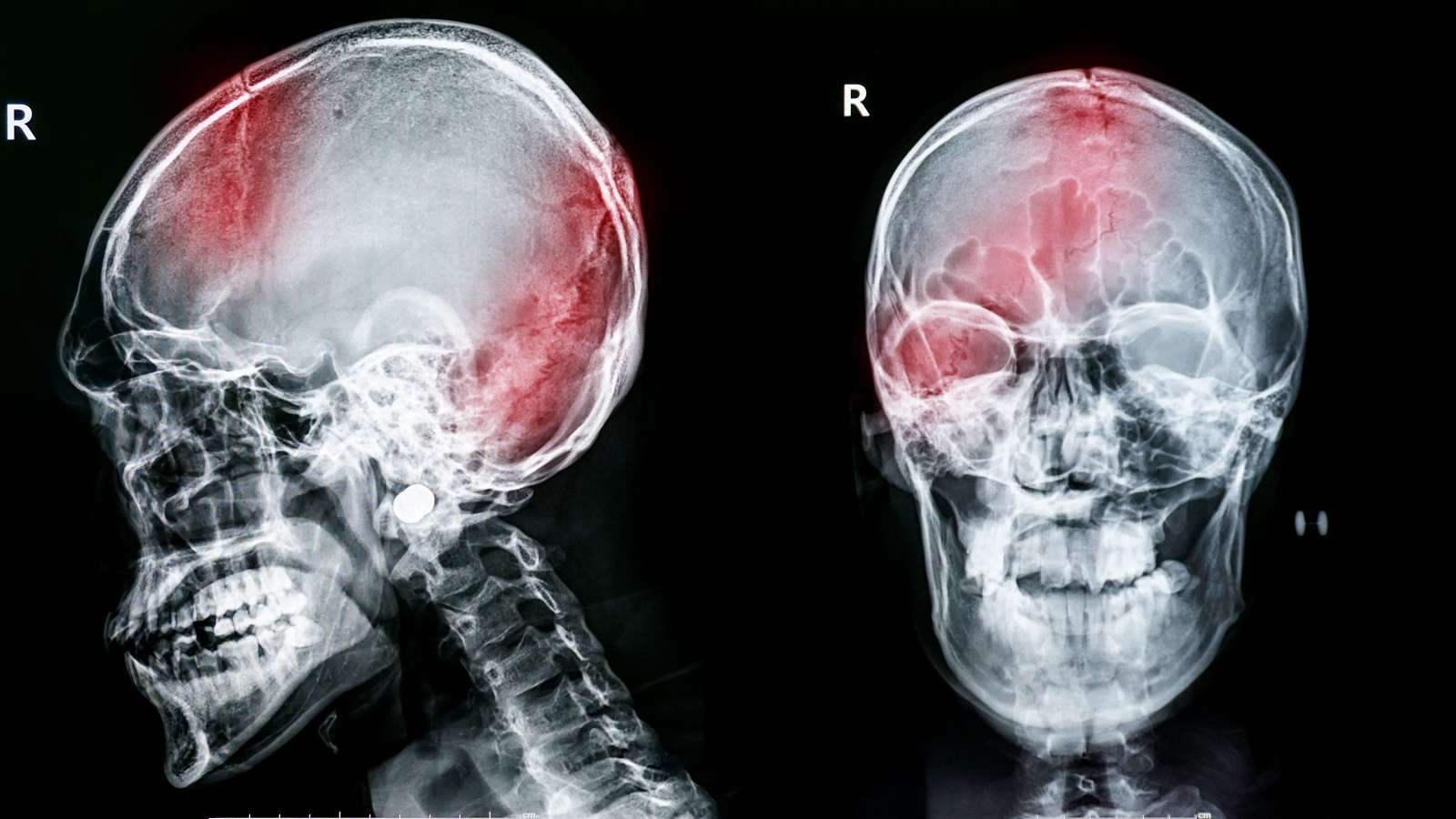 This type of TBI affects two areas of the brain and it’s actually two separate focal injuries. Together, they are a diffuse axonal injury (DAI). A coup-contrecoup injury happens when there is a blow to the head, such as forcefully hitting the steering wheel or window.

The bruise and damage under the point of impact is known as a coup lesion while the damage to the opposite side is a contrecoup lesion.

The coup injury is not always caused by a blow to the head. It can also happen through rapid acceleration or deceleration. However, most coup injuries are the result of impact.

A contusion is a bruise on the brain that happens after an impact. It’s a type of hematoma. This impact can be a hard external blow to the head from hitting something in the vehicle or from an internal blow when the brain hits the skull.

Contusions can be mild, moderate, or severe. They may lead to permanent damage and may be life-threatening.

ICH refers to bleeding in the brain that forms a blood clot. A brain hematoma may be mild or severe and comes in many forms. These injuries usually happen when a blood vessel in the brain is ruptured in a car accident. The blood that collects within the brain or under the skull puts pressure on the brain. It may take days or weeks for the symptoms of an intracranial hematoma to appear after a car accident.

There are three categories of intracranial hematomas:

An open head injury happens when debris, glass shards, or bone fragments penetrate the skull which is just 0.25” thick. Open head injuries usually happen in serious, high-speed crashes or when someone is thrown from the vehicle.

Skull fractures do not always cause brain injuries, and they are not always open head injuries. However, when an accident is serious enough to fracture the skull, it often results in brain injury as well. A fractured skull can accompany a concussion, contusion, a penetrating brain injury, or a diffuse axonal injury.

Skull fractures may include:

Which Car Accidents Are Most Likely to Cause Brain Damage?

Any car accident can cause a brain injury, even at low speeds and even without a blow to the head. The following types of crashes may result in different types of brain damage and injury.

When you are hit from behind, your head moves rapidly forward and backward. This whiplash can cause injuries to the neck and even cause a concussion or diffuse axonal injury when the brain moves inside the skull.

In a front-end crash, the occupants of the car continue traveling forward at the speed they were traveling before the sudden stop. This can cause the head to hit the steering wheel or dashboard which can result in a coup-contrecoup injury.

When a car is struck from the side, the occupants’ heads are thrown in the direction of the impact. This can cause the brain to violently shake inside the skull and hit the inside of the skull. It can also cause the head to collide with the window. This can result in skull fractures and potentially penetrating brain injuries. 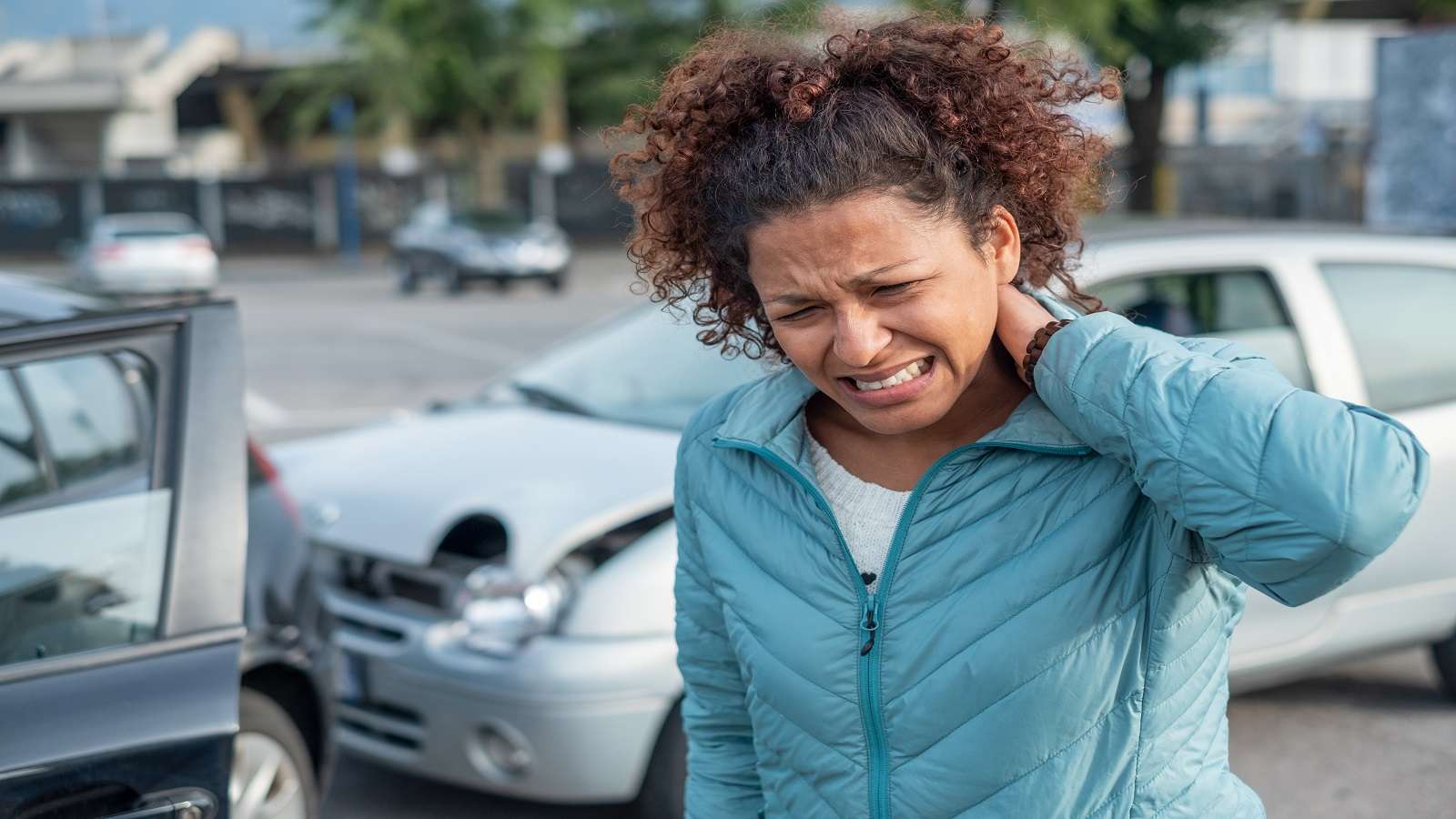 Research is currently focused on identifying which accidents are most likely to cause TBI. A researcher is developing a system that would assess the risk of TBI based on the conditions of the accident including the impact velocity and angle. Because a brain injury from a car accident can be easy to overlook when it is mild or does not have immediate symptoms, this system would eventually improve the rate of early diagnosis and treatment.

It’s important to watch for signs of a brain injury from a car accident even up to a week or longer after your crash. Some signs and symptoms may be immediately apparent, but many signs may not appear for days or weeks. This is partly due to shock and adrenaline which may suppress pain and other symptoms. Because brain injuries can worsen over time without treatment, it may take days before you experience symptoms of a secondary injury or more extensive brain damage.

After a car accident, watch for the following symptoms of a brain injury.

Brain injuries can cause symptoms that are mild and go away on their own or they may be severe with permanent impairment or even death. Here’s a more comprehensive list of the possible effects of a brain injury on communication, cognition, motor skills, perception, function, personality, and more.

Even if you do not have symptoms, seek medical attention immediately after your accident. Prompt treatment is critical for minimizing the impact of a brain injury and improving your chances of recovery. This early documentation also makes it easy to link your injury to your accident for making an insurance claim or filing an injury lawsuit.

Have you suffered a brain injury after a car crash? If your accident was caused by a negligent driver, you are entitled to fair compensation for the economic and non-economic losses you have suffered. It’s important to consult with an experienced car accident lawyer in San Diego as soon as possible to protect your rights and seek fair compensation.

Brain injuries can result in lasting effects. You may face permanent impairment or even disability. The insurance company is likely to fight your claim by minimizing the severity of your injuries and the impact it will have on your life. At Berman & Riedel, LLP, we have extensive experience representing car accident victims who have suffered life-changing brain injuries. We will work with experts to build the strongest case possible for compensation for all your losses, from your pain and suffering and reduced quality of life to potentially long-term and significant medical care.

Learn about traumatic brain injury settlements and how much your case may be worth here then call Berman & Riedel, LLP for a free case review with a San Diego brain injury lawyer. Our law firm is based in San Diego, but we represent clients throughout California.