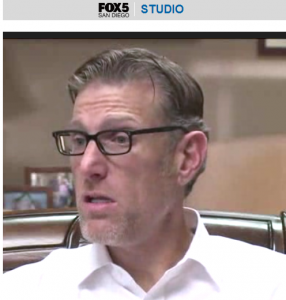 The elderly gentleman, Robert Stella, was found living in a home that is deteriorating and covered in animal feces. Allegedly, his live-in caretaker has neglected and abused Stella for many years. Previously, police had conducted welfare checks and asked Stella if he wanted to stay. Stella indicated yes.

Speaking as an elder abuse advocate, Mr. Berman addressed how the elderly population can be taken advantage of by others. Mr. Berman commented that the elderly “feel this need to be loved, and wanted, and cared for” and as a result the elderly are often “victims of their circumstance.”

Stella has now been moved to a nearby care facility and is being treated for bed sores.